Student Showcase Essay: Anime For Everyone 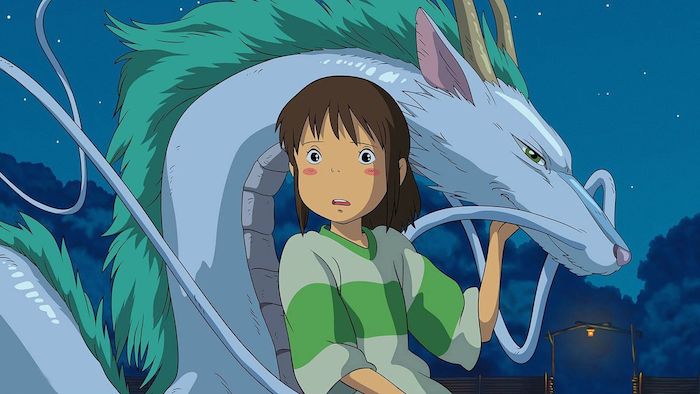 Today's student showcase essay is by Lindsay G., a homeschooled high schooler. As you can see, she has a lot to teach us about anime in her expository essay! Lindsay finished our Essay Rock Star full course program a few weeks ago.

What do you think of when you hear the word “anime?” Some people may visualize an over-the-top fight scene, filled with fast paced action and funny dialogue. Others may image a cast of characters with unusual hair colors, large eyes, and strange fashion choices. The majority of the people you will ask, however, have no idea what the term “anime” even means. Some people believe that anime is strictly for children, but that thought process is mostly out of ignorance of how vast the world of anime truly is. Anime is a great form of entertainment that people of all ages can enjoy because of its limitlessly creative art styles, the vast availability of genres that there are to choose from, and the wonderful sense of community that comes from being an anime fan.

To put it simply, anime is known internationally as animation created in Japan for a Japanese television/cinematic audience. People enjoy anime for many different reasons, with one reason being most anime television shows run for many episodes, which in turn provides lots and lots of content for the viewer to enjoy. Anime is also a very creative medium that has very few structures and boundaries. There is no specific art style that dominates the anime industry, which makes every show or movie a unique visual experience. Many different color schemes and drawing styles can be used to create very interesting and beautiful character and settings that could not be easily achieved using live action sets or actors.

There are many types of anime to enjoy. Anime is created for all different demographics of people. There are thousands of different shows and movies to watch, and they’re all created to suit different people’s tastes. For simplicity’s sake, we will look at the five most basic types of anime, with each type representing the demographic that they are targeted for. The first type is called Shonen. Shonen (which translated to English means “young boy”) anime are aimed at the demographic of young boys under 15. These shows are known to filled with action and adventure, and fight scenes. Next, we have Seinen. The word “Seinen” means “young” in Japanese, but it can also mean shows are marketed towards adolescent boys and young men. They tend to be much more violent than Shonen anime in nature and touch on more psychological subjects. Then, we have Shojo. (which translates to “young girl”). This type of anime is aimed at young girls under the age of 15. These shows tend to be focused on romance and friendship, but can still include action and adventure at times. The third basic anime type, Josei (meaning “women” or “womanhood”), is aimed at adult women. These shows tend to be centered around romance, but the subject is handled much more realistically than in Shojo anime. Lastly there is Kodomokuke (which literally means “directed at children”). These shows are very simple and imaginative that tend to teach morals and lessons to children. There are also many different subgenres in each type of anime demographic. Of course, these shows are only grouped together because of the desired viewership. You don’t have to be a young girl to enjoy Shojo, or a grown man to enjoy Seinen.

The anime community is an ever-growing group of people love watching and talking about anime. There are hundreds of conventions that happen every year in the United States where people come together and share their love for their favorite shows, whether it be by dressing up as their favorite character or attending panels where people discuss anime-related topics. For the past 10 years, anime has become more and more accessible to watch because of the popularity of streaming shows and movies using Netflix, Hulu, and most importantly Crunchyroll, which is an anime streaming service that oftentimes will simultaneously broadcast episodes of shows that are airing in Japan with English subtitles the day that they are released to the Japanese audience as well. Anime has definitely become much more mainstream than it used to be. In fact, many theaters around the United States will show new popular anime films on certain nights.

Many people who have never seen anime consider all anime to be childlike in nature. The reality is that is the furthest from the truth, as seen by all of the different demographics anime is created for. Luckily, anime is steadily growing in popularity in western countries and is gaining more recognition as a legitimate and visually astounding entertainment medium that can be for adults as much as it can be for children. One thing can definitely be sure, it’s a great time to be an anime fan more than it ever has been before.