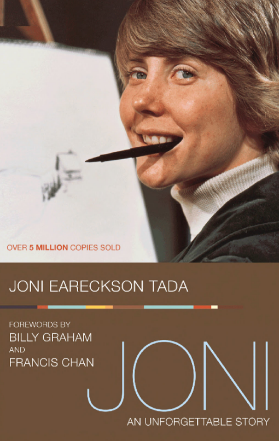 Today's student showcase features an outstanding persuasive essay by Kenzie, a homeschooled high schooler. Kenzie's took a position in agreement with the quote below, and her essay is extremely well supported with inspirational stories of well known celebrities who overcame huge obstacles to achieve success. Kenzie is currently taking the Essay Rock Star full course program.

“When you reach an obstacle, turn it into an opportunity. You have the choice. You can overcome and be a winner, or you can allow it to overcome you, and be a loser. It is far better to be exhausted from success than to be rested from failure.” ~ Author unknown

Have you ever experienced a time when you felt that success was impossible to reach? We all experience challenges of various kinds, such as diseases, financial difficulties, or the loss of a loved one, but how do we handle those challenges when they arise? Some challenges are more difficult to overcome than others, but we must remind ourselves that God has a purpose for every person and situation, and though we cannot always see how he is working, we can choose to make the best of it. Furthermore, if we choose to pursue success despite our obstacles, this will not only improve our own lives but also make a difference in the lives of others. The stories of Scott Hamilton, Ben Carson, and Joni Eareckson Tada and the obstacles that they overcame demonstrate for us the true meaning of striving for success.

First, health obstacles can cause us to immerse ourselves in self-pity, provoke depression, and tempt us to withdraw from living our lives, but we do not have to give in to these temptations. Scott Hamilton’s story is a representation of what can transpire when we choose to overcome our obstacles. Scott Hamilton has suffered from Shwachman Syndrome since he was young. Shwachman Syndrome results in little nutrition absorption and causes a person to be shorter than average. Scott Hamilton developed a love for figure skating early on in his life and eventually began his figure skating career, using his short stature to his advantage by performing fascinating tricks, including the backflip. Although he suffered from health complications all throughout his life, for instance, multiple brain tumors and cancer, Scott Hamilton chose to fight to do what he loved and eventually became famous in the sport, winning various championships and becoming an Olympic gold medalist. Today, as a commentator, Scott Hamilton is still involved in the sport that he fell in love with so many years ago. Generally, individuals who encounter health difficulties, such as those Scott Hamilton endured, fear that they will fail and never seek success. Scott Hamilton did not settle for failure, and above all, he understood that overcoming obstacles is far more rewarding than living a life of self-pity. Scott Hamilton, as a result of his decision to fight for success and his position as an Olympic gold medalist, had an incredible opportunity to reach millions of people. By taking advantage of this opportunity, Scott Hamilton has been able to impact lives through an I Am Second interview in which he shares his story and everything that he has been through and also through books such as, The Great Eight, Finish First: Winning Changes Everything, and Landing it: My Life On and Off the Ice. All who know his story can be inspired to pursue success rather than allowing the struggles that we face to overtake us.

Next, it is difficult to overcome a life of poverty, and although no one ever said that it was easy, it is possible. Some of the most successful people have overcome a life of poverty. Ben Carson is one example of the many people who have come from unfortunate situations and fought to succeed instead of surrendering to a life of poverty. Ben Carson’s childhood was difficult. He grew up without a father, and his mother worked jobs that most people avoid just to get by. Ben Carson’s mother encouraged both of her sons to pursue their dreams and pushed them to pursue success. Ben Carson took to heart his mother’s desire to see her sons succeed and began pursuing his dream of becoming a doctor. After many years of medical school and experience in the field, though he is now retired, he established a name for himself as a successful neurosurgeon. Sometimes people think that, when born into poverty, success is a hopeless pursuit. Ben Carson not only faced struggles with poverty, but because of his skin color, he also encountered racial discrimination from a teacher at the school that he attended in his eighth-grade year after being awarded a certificate of achievement. Aside from all the opposition that Ben Carson received, he was determined to prove all who doubted him wrong. Ben Carson did not allow poverty to overcome him, but he resolved to defeat this obstacle that he faced. Furthermore, he has been willing to share his story with the world through books he has written such as, Think Big, Take the Risk, and You Have a Brain, and the motivating movie, Gifted Hands. Ben Carson has been able to inspire many people in similar situations to fight for success and to relentlessly endeavor to make their dreams reality.

Finally, physical disabilities are unimaginably difficult to overcome. However, we can choose to let physical disabilities put a halt to our lives, or we can choose to seek God’s purpose for where he has placed us. While we must realize our limitations, it is far better to look for opportunities to succeed than it is to allow our challenges to conquer us. An illustration of this is Joni Eareckson Tada’s inspiring story. Joni Eareckson Tada was once a normal, teenage girl until one day when her life was forever changed by a diving accident. Joni, after questioning why God had placed her in this situation, could have chosen to let this accident overcome her, but instead, she chose to turn her unfortunate situation into a ministry. Joni Eareckson Tada has not only suffered from quadriplegia but has also endured and survived stage three breast cancer. Furthermore, Joni Eareckson Tada has blessed the lives of others through her organization, Joni and Friends International Disability Center, which provides support for those with disabilities through prayer, family retreats both within the U.S. and internationally, and a program in which individuals are able to donate money to provide wheel chairs for people with disabilities all around the world. Likewise, she has written several books such as, The God I Love, Diagnosed with Breast Cancer: Life After Shock, and her devotional, A Spectacle of Glory. Some may think that people with physical disabilities similar to those of Joni’s are incapable of blessing other’s lives as effectively as those who do not have disabilities. However, most often the inspiring stories of individuals who have overcome significant obstacles as Joni Eareckson Tada did, make the biggest impact on the lives of people all around the world. Ultimately, Joni Eareckson Tada was able to identify her situation as an opportunity to bless others, and consequently, we are capable of perceiving what it means to overcome obstacles.

Scott Hamilton, Ben Carson, and Joni Eareckson Tada exhibit for us what it looks like to fight to overcome obstacles and strive for success. Scott Hamilton overcame Shwachman Syndrome and later in his life fought cancer and multiple brain tumors, but he is still involved in the sport that he loves. Also, Ben Carson turned his unfortunate beginning of poverty and a difficult home situation into motivation to achieve success. Finally, Joni Eareckson Tada suffered a devastating accident that left her a quadriplegic. All three of them faced devastating and challenging obstacles in their lives. As a result, each of them found a way to turn those obstacles into an opportunity to find success, and in the process of doing so, also found a way to bless many lives.